**I apologize in advance to the vegetarians who may read this. I love animals (and veggies), too. Also, I’ll be more consistent with my posts now. I’ve been out of town a good bit.** 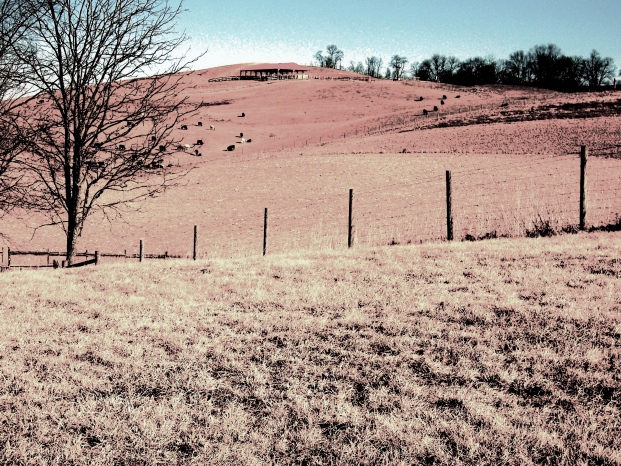 When I found out my father had died, I was standing in my kitchen. We were having friends over for dinner that evening – two girls and a guy who have kept Ivy for us so often that she knows their names, and starts jumping for joy when we say them.

I was cooking pork tenderloin. The kitchen was hot; the oven on, at 500 degrees.

The last conversation I ever had with my dad was actually about how to cook the meat – more specifically, how long to cook it, and what color it should be when it was done. It was a quick conversation, memorable now only because of its finality, and because of the odd presence of pork tenderloin at both occasions … as though the pig somehow marked the beginning and the end of a small, curious circle.

My dad was a meat man. In fact, he loved all sorts of food. But, as a farmer, he prided himself on knowing all animal parts and their corresponding names – that a “pork butt,” for example, is actually a part of the pig’s shoulder – and knowing how to cook them.

When Andrew and I got married, my parents gave me the Joy of Cooking. I can remember my dad turning with interest to the pages diagramming cow and pig parts. He was almost gleeful – surprising in someone as stoic as my dad – and then serious, admonishing me to study the diagrams, to know not just what to do with my meat, but to know its origins, too. He would have liked Michael Pollan’s Omnivore’s Dilemma, had he the chance to read it.

I thought of this memory today because we’re having friends to dinner tomorrow night, and, as usual, I’m thinking of fixing pork tenderloin.

Despite the shock and sadness I associate with that day in May, the heat in the kitchen, the steamy scent of crispy marinated pork coming out of the oven, I still gravitate towards entertaining with tenderloin. Now, I grill rather than roast it. The meat does better that way, and it saves me the trouble of remembering too much, or of willing some other disaster by way of taking the same steps as before.

But, I continue to cook pork tenderloin. I use the same marinade; consider Daddy’s advice each time I check to see if the meat is done. I do this partly for renewed connection with my dad, but mostly because he would have hated to stand between anyone and a slab of good meat.