The root of integrity is from the Latin word integritatem, meaning “soundness” or “wholeness.” In 1450, the French took that root a step farther and coined the word integrite, which meant to them not just to be whole, but to be “in perfect condition.”*

I love etymology (officially “the study of historical linguistic change as manifested in individual words or parts of words”) because it reminds me of the legacies language leaves, and how language builds upon itself to enrich and complicate our everyday communication. Knowing the roots of certain words can be incredibly clarifying. Today, we think of integrity as a moral trait, something that is even debatable. However, if taken at its Latin root, there is actually no room at all for debate. The word means something much more tangible: to have integrity is to be solid, whole and of sound mind.

In a fit of irritation, I thought of this particular word today. On almost every news portal, Lindsey Lohan was making front page news for initiating a car chase against her personal assistant’s mother while under the influence. Meanwhile, the NFL’s decision to ban Michael Vick from training camp “blindsided” the Falcons, and former NBA referee Tim Donaghy – a person charged with upholding rules – admitted to participating in bets for games he’d worked over the course of two years.

Call me old-fashioned. But have we no integrity? And doesn’t anyone care? 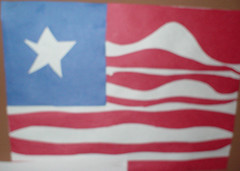 Clearly, the things these people have done (or allegedly done) are not right at all. Lindsey can’t get a grip on her addictions. She’s having a rough time. Ok. But why does this news – when there are fires burning in Nigeria that can be seen from outer space, for instance – get so much air time? Does the American public really care about Lindsay’s latest run-in with the law? If so, that says something [scary] about our culture, the things we value, our soundness of mind.

Vick and Donaghy’s stories are, of course, more spectacular in a way and therefore more worthy of the headlines. But even so, the nature of their crimes – and the public’s somewhat wishy-washy responses to them – leave me with a cold, clammy feeling.

I fear we Americans, so fraught with angst and division about war, politics, and religion are losing sight of integrity at its root: what it means to be whole. It is easier, of course, and even fanciful, to think about Lindsey’s latest mishap or the perils of an accused pro football player versus complex world events with truly significant consequences. So maybe I’ve just poo-pooed our fragile public’s main coping mechanism. But the reality is that we’ve got to pull ourselves out of la-la land ASAP. Just as words leave future users a legacy in language, we are now in the process of charting the course for our nation’s future citizens.
So go do something sane; be someone relevant. Care about something bigger. And then call CNN.

*I found these definitions on the Online Etymology Dictionary at etymonline.com